Join our exercise group every Monday from 11:45-12:45 at the Basingstoke Sports Centre  in the middle of the town.

This class is run especially for us by the Basingstoke Sports Centre and closely supervised by a fully qualified instructor. Some members meet beforehand for a chat in the Rendezvous Café in the Centre. One said that it was almost like a mini Group meeting. The class became so popular that the sessions had to move into one of the Centre's bigger, air-conditioned studios.

Members can buy polo shirts with the Group emblem. Wearing the same  kit helps to build a sense of togetherness.

You don't have to join without testing the water first. Members can come along just to observe to see if the class is really for them.

If you plan to join, you will need suitable clothing and footwear. The Sports Centre will also ask you to fill in a client health questionnaire.

The Group featured on BBC South Today early in 2018 when there was news coverage of the Sports Centre's campaign to oppose the development of leisure facilities at Basing View. The Chairman seized the opportunity, when talking to camera, of emphasising how important the exercise class was to the Group and how supportive the Sports Centre had been in setting up the class.

The class has also been in the "Basingstoke Gazette" (see article) when it celebrated its second anniversary in February 2018.

"My partner hadn't exercised in a gym class before. He was very hesitant about joining. It was great that he could go along and see that everyone worked at their own pace and were having a good time. He's really  glad he joined." 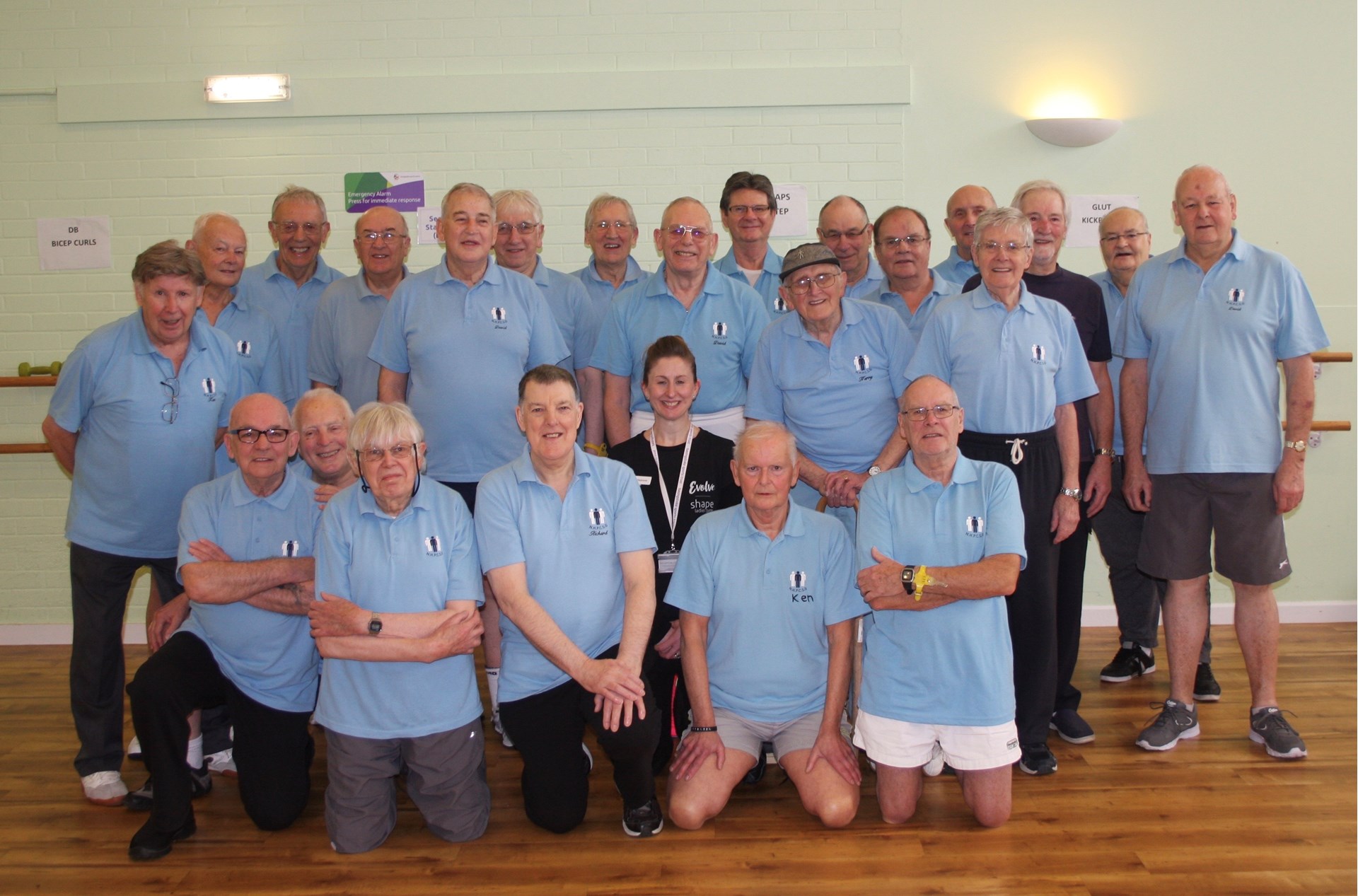